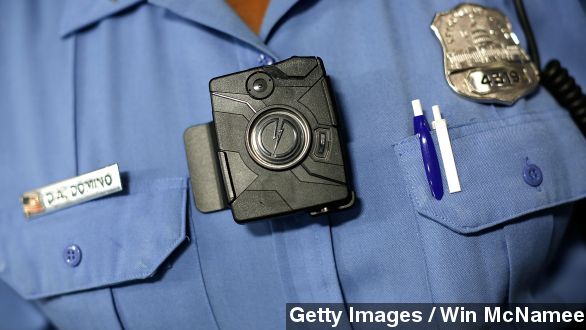 Whether or not police should be required to wear body cameras has been a hotly debated question recently, highlighted by the shooting death of 18-year-old Michael Brown by a police officer in Ferguson earlier this year.

During an NBC interview, the Brown family's attorney Benjamin Crump said: "Let's make a difference. Let's pass the proposal for the Mike Brown law with video body cameras for all police officers in every American city."

Now the city of Los Angeles plans to buy 7,000 of them — or one for the majority of its police officers.

Los Angeles Mayor Eric Garcetti announced the move at a press conference Tuesday night. "Cameras are not a panacea, but they are a critical part of the formula," he said.

According to the Los Angeles Times, the Los Angeles Police Department ran a pilot program with the cameras earlier this year. Starting Jan. 1, the department will equip 800 of its officers with cameras. More cameras and funding for them are expected to come in throughout the year.

According to 2013 statistics from the FBI, the LAPD is the third-largest police department in the U.S., consisting of around 10,000 police officers.

The New York City Police Department, the largest in the nation with more than 35,000 officers, recently started testing its own body-camera program in December by equipping a handful of its officers with the devices.

So why the push for body cameras? Not only do they serve as another layer of transparency, but one police department also found they reduce citizen complaints and use of force by police.

There are still concerns, however. As Peter Bibring of the American Civil Liberties Union told KCAL, the cameras will only work as long as the police turn them on for every interaction.

Los Angeles Mayor Eric Garcetti says he plans to ask for $10 million in the city's upcoming budget to purchase the body cameras for the LAPD.