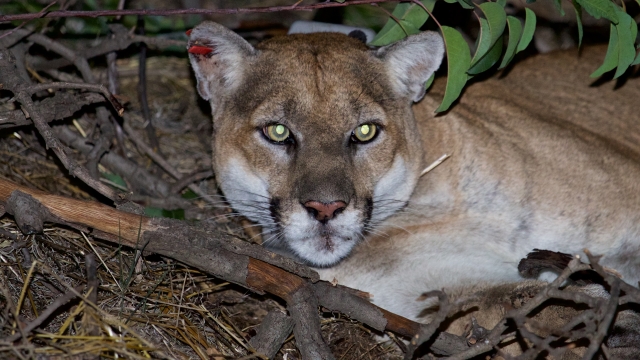 SMS
The Future Is Pretty Grim For LA's Mountain Lions
By Lindsey Pulse
By Lindsey Pulse
September 1, 2016
If the cats in the Los Angeles area continue inbreeding, researchers say there's a 99.7 percent chance they'll be extinct in the next half-century.
SHOW TRANSCRIPT

The mountain lion population around Los Angeles could become extinct in the next 50 years.

UCLA published a study on Wednesday that found urban development — particularly highways — on the coast of California has suppressed the reproduction of mountain lions.

One stretch of highway is isolating a small group of the cats in the Santa Monica Mountains, away from the rest of their species. It's causing "inbreeding depression."

Inbreeding depression happens when small populations of a species lose diversity over time. And if this continues, experts say there's a 99.7 percent chance LA mountain lions will go extinct in the next 50 years.

But displaced mountain lions could cause a more immediate risk for people. Urbanization has forced the animals in some parts of the city to wander a little too close for comfort.

Last year, a mountain lion known to wildlife officials was found living under a person's home.

And in April, a mountain lion caused a lockdown at a California high school.

Solutions are in the works. Last year, city officials proposed a multimillion-dollar overpass for wildlife to help the cats avoid being hit by cars. That project is currently in development.