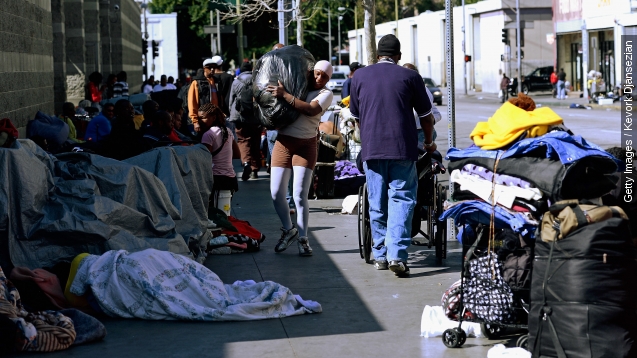 Los Angeles has become the first city in the nation to declare homelessness a public emergency.

On Tuesday, the mayor and city council proposed spending at least $100 million over the next year to aid the city's estimated 26,000 homeless. (Video via Los Angeles Times)

"I think today is the beginning of a mindset shift," the city council president said in a press conference.

Since Mayor Garcetti took office in 2013, the city's homeless population has grown by 12 percent.

Los Angeles' public spending on affordable housing has dropped to roughly a quarter of what it was 10 years ago. (Video via KTTV)

But the Los Angeles Times notes few details have been given on how the $100 million will be raised — or spent, for that matter.

"Well, what you really need is a place to store your stuff, a place to go to that's safe at night, and sometimes it's not just a shelter," a homeless man told KABC.

A city report released in April found more than $100 million is already spent each year on issues related to homelessness. Yet roughly 85 percent of that goes to arrests and police patrols.

KABC reports some of the new $100 million for permanent solutions could come from the current funding of police services.