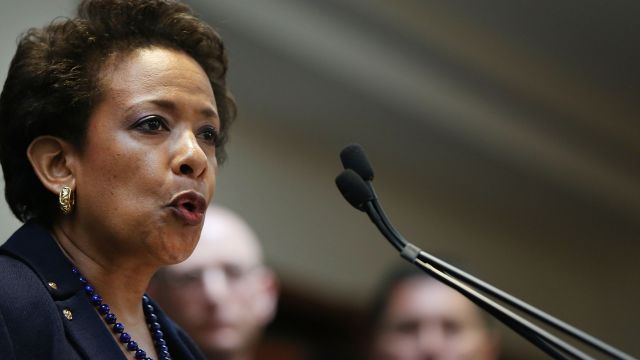 SMS
Loretta Lynch Really Doesn't Want To Talk About Clinton's Damn Emails
By Matt Picht
By Matt Picht
July 12, 2016
The attorney general faced off with Congress over the DOJ's decision not to charge Clinton for her email scandal.
SHOW TRANSCRIPT

Attorney General Loretta Lynch sat down with the House Judiciary Committee on Tuesday, and the Republican members only wanted to talk about one thing.

Rep. Jim Jordan asked Lynch, "Who made the decision that no charges would be brought against Secretary Clinton?"

Lynch wanted to talk about anything else.

But Lynch has been careful to emphasize that she was less involved in the decision not to prosecute Clinton than Comey was.

She told Congress: "I am speaking about the information I received, which, again, as I've noted was the team recommendation. Director Comey was speaking as someone who was more directly involved in the investigation."

Democrats also had questions for Lynch, which she was more than happy to answer.