Lorde, Where Art Thou? 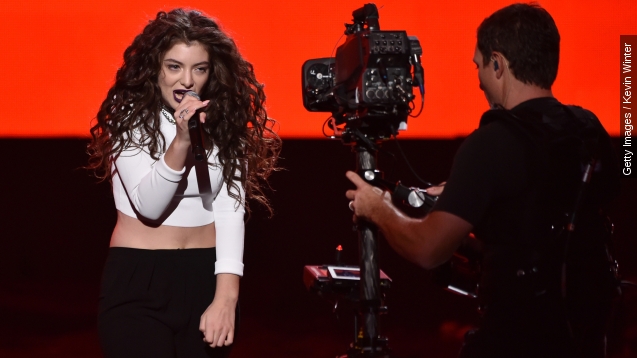 SMS
Lorde, Where Art Thou?
By Cody LaGrow
By Cody LaGrow
September 22, 2015
It's been a while since Lorde's last album. The New Zealand song-slayer is in the studio, and we hope it means more music.
SHOW TRANSCRIPT

Missing: Lorde's music. It's known to infiltrate your ears, mystify your mind and cause endless cravings for more.

The world met Lorde in 2013 when she was 16. Her album "Pure Heroine" went platinum and landed seventh on Rolling Stone's best albums of the year. Since then, new music from Lorde has been hard to come by. And a world without her latest music is no world at all. (Video via Republic Records/Lorde)

Here's some well-intentioned heresy we just couldn't resist. Let us pray. Dear Lorde, we've been singing "Royals" for two years now, and though we're still driving Cadillacs in our dreams, we'd like to play a new song for the ride.

Lorde, the song-slaying ethereal beauty, is now 18 — a grown woman who is expected to contribute to society, right? And we haven't heard music from her since last year's "Hunger Games" anthem "Yellow Flicker Beat," which makes us ask: Why hath the Lorde left us lost in a world of pop princesses? (Video via Republic Records / Lorde)

Aside from making headlines by those concerned with her eye infection, cozying up to everyone's favorite @champagnepapi and taking the time to be as normal a teenager as she can possibly be, Lorde is recording ... something.

Lorde is set to appear on an upcoming track called "Magnets" with Disclosure. The English EDM duo released a preview of the song last week. But that's not all, folks. (Video via Republic Records / Lorde)

The New Zealand native also made a vocal cameo with the nation's All Blacks rugby team. As if you could love her more, she sang to raise awareness for Batten disease. Although the song was meant for a good cause and mentioned laser-beamed-mounted unicorns, it's still pretty catchy.

Perhaps it's all vocal warm-up for her own material. Lorde recently posted a couple photos implying she's recording music, even captioning this photo on Twitter, "working in the studio all day and then popping your head out at the after party like 'what did i miss.'" You didn't miss anything, oh Lorde, because nothing is relevant but you. (Video via Republic Records / Lorde)

So, yes. If you need a quick Lorde fix, you can get one. It's not like she's pulling an Adele, who literally left us out in the cold with our emotions exposed from her album "21" for 1,708 days and counting. That's cold.

Correction: An earlier version of this video misstated the release date of the song "Magnets." The video has been updated.