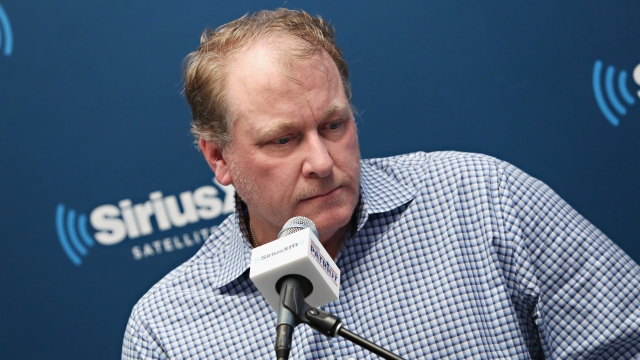 SMS
Looks Like Curt Schilling Won't Be Getting A Job At Fox Sports
By Matt Moreno
By Matt Moreno
May 3, 2016
Deadspin reports Schilling, a former ESPN analyst, approached Fox Sports after getting fired but got turned down.
SHOW TRANSCRIPT

Former Red Sox pitcher Curt Schilling is currently out of a job, and Fox Sports isn't going to be the one to change that.

Deadspin reports Schilling approached Fox Sports after he was fired from ESPN last week, but the network passed, saying, "We're very happy with the group we have working baseball this season."

Schilling, an outspoken conservative, was fired from ESPN for sharing a meme to his Facebook page criticizing transgender bathroom laws.

It wasn't his first controversial social media post and most certainly not his last.

Fox Sports has made a living recently by hiring away controversial ESPN talent. From Jason Whitlock to Colin Cowherd to possibly even Skip Bayless, former ESPNers can often find refuge at the rival network.

But not this time, even though Schilling has alluded on Facebook that he's "getting ready to go to work in a position that's likely to make the far left heads explode."

And since Fox Sports has balked at adding Schilling, some analysts have speculated a move to Breitbart or Steven Crowder's camp — both with conservative political leanings — could be next in store for the World Series winning pitcher.

This video includes a clip from Sirius XM and an image from Getty Images.