Looking To The Ocean Floor For New Antibiotics 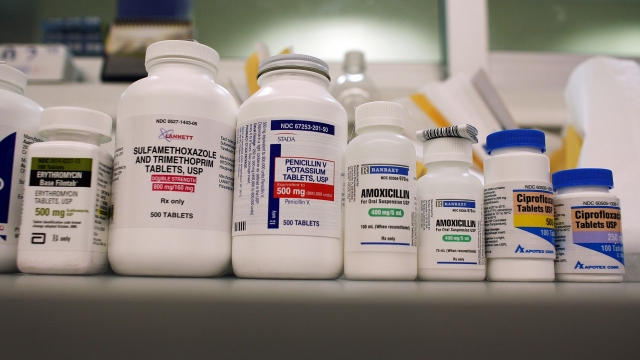 SMS
Looking To The Ocean Floor For New Antibiotics
By Steven Sparkman
By Steven Sparkman
February 11, 2016
We asked oceanographer and drug discovery researcher William Fenical why the ocean may be the best chance for new lifesaving drugs.
SHOW TRANSCRIPT

Why search the ocean for new antibiotics? We posed the question to William Fenical, Distinguished Professor of Oceanography and Pharmaceutical Sciences at the Scripps Institution of Oceanography, University of California, San Diego.

"For the past five years, we've been looking very carefully at a variety of marine sources for their production of natural antibiotics," Fenical said. "The vast majority of all of the drugs to treat infectious diseases are from nature."

"Over 120 antibiotics were extracted from soil bacteria — a very productive activity."

"So we obviously are adapted to study terrestrial resources and have done so for many, many years. But now consider the ocean," Fenical said. "The microorganisms in the ocean are different genetically, they tend to produce different kinds of molecules."

"We bring these organisms back to the laboratory," Fenical said. "We isolate pure strains of bacteria and then we grow them in smaller scale and test to see if any of those microorganisms can produce antibiotics."

"And we've found a significant number — at least five in the last five years — that I think are of interest, potentially could be developed into life-saving drugs."

"And one of those discoveries is a chemical compound we've called anthracimycin. It's a very potent antibiotic. It is a unique chemical structure type and has activity against some of the most dangerous drug-resistant pathogens, like Staph aureus — so-called MRSA — which is the Methicillin-resistant Staph, perhaps the most difficult infectious agent to cure."

"The number of drugs, in an overall sense, that are coming from the ocean is increasing dramatically. There's seven drugs on the market from the ocean. There's 26 drugs in clinical trials, including some from my lab. So the prospect of finding antibiotics is extremely high, and we need to begin to recognize what this source, the world's oceans, represents," Fenical said.

This video includes an image from Getty Images and clips from the Scripps Institution of Oceanography, University of California, San Diego.