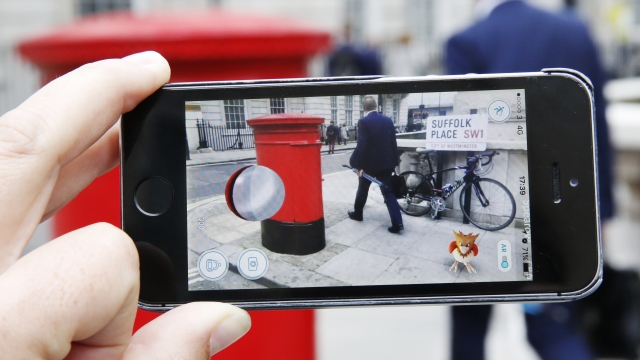 Yelp now lets "Pokémon Go" players mark whether a business has a PokéStop.

Because apparently, that's the world now.

But we have to wonder: How long will it be before businesses get frustrated with "Pokémon Go" players loitering near their stores?

People have already been caught playing the game at the U.S. Memorial Holocaust Museum, so it's not like everyone has boundaries.

SEE MORE: Gotta Drive 'Em All: These Chauffeurs Are Cashing In On 'Pokémon Go'

The chief executive for Niantic, the game's developer, said the company will one day let businesses pay to become a sponsored location in the game — so there's a good chance it will also allow businesses to request a PokéStop be moved.

To mark all these PokéStops, Yelp is turning to the crowd. Instead of pulling data from the game, it's asking users if the location was a PokéStop when they check that they went there.

And because apparently everyone, including the presidential candidates, are in on "Pokémon Go," Yelp claims it has already marked thousands of PokéStops.

This video includes clips from The Pokémon Co. and the U.S. National Memorial Holocaust Museum and images from Donald J. Trump for President Inc. and Yelp.