Zika Is Making Major Inroads Into Asia Via Singapore 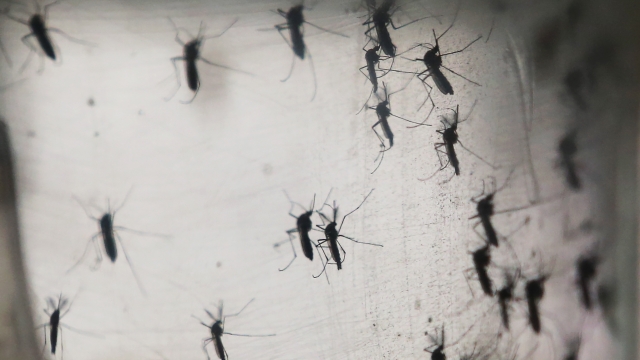 The Zika virus has gotten a foothold in Singapore, according to authorities in the country.

Health authorities said Sunday they've identified 41 locally transmitted cases of the virus. And so far, these cases in Singapore might be the biggest inroads the virus has made in Asia.

Authorities confirmed the first locally transmitted case on August 25. The first case of Zika brought into the country was identified back in May.

Cases of local transmissions have also been confirmed in Indonesia, Thailand and Vietnam.

The World Health Organization says the virus has also been detected — though not necessarily locally transmitted — in other parts of Southeast Asia.

Most of those infected are foreign construction workers, none of whom recently traveled to areas affected by the virus, so authorities say all those infected must have contracted it from within the country.

Zika isn't a new virus. It is transmitted by a type of mosquito called the Aedes aegypti, and cases of human infection have been reported since the 1950s.

The most recent outbreak began in Brazil last year, and since then the virus has been linked to microcephaly in infants. And 53 countries have reported first-time outbreaks.

Since Singapore has a tropical climate, it's very vulnerable to diseases transmitted by mosquitoes and already has trouble with dengue fever — a disease transmitted by the same type of mosquito as Zika.

In a statement, the country's health ministry said it can't rule out the possibility of "further community transmission."