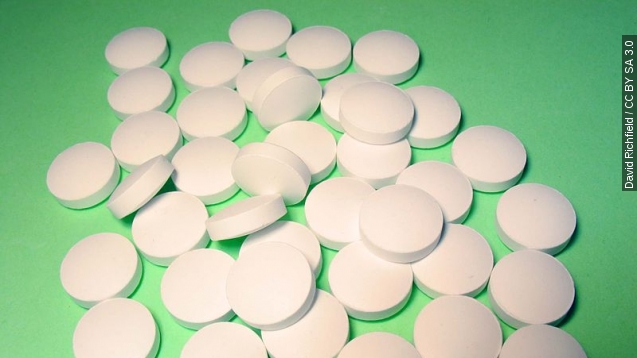 SMS
Life-Saving Drug Won't Cost 4,000% More After All
By Samantha Crook
By Samantha Crook
September 22, 2015
The CEO who spent the weekend defending a drastic price increase on a vital drug now says the company is changing its plans.
SHOW TRANSCRIPT

The CEO who spent the weekend defending his company's decision to raise the price of a drug more than 4,000 percent overnight now says he's changing course.

"We've agreed to lower the price of Daraprim to a point that is more affordable and is able to allow the company to make a profit, but a very small profit, and we think these changes will be welcomed," CEO Martin Shkreli told ABC.

The proposed change would have raised the price of the drug Daraprim from around $13.50 to $750 per pill. The exact price hasn't been announced, but Shkreli says it won't be $750.

The drug is used to treat the infectious disease toxoplasmosis, which particularly affects those with HIV and cancer, who might have weakened immune systems.

Shkreli had earlier said the company was simply trying to make a reasonable profit and fund research to improve the drug, and said people who had trouble affording it could qualify for financial assistance programs.

Not everyone saw the company's defense as a solid one.

"Patients shouldn't be taxed and charged for future research and development. Patients should pay for the drug they're getting and what they need in the situation that they are," Dr. David Agus told CBS.

And Shkreli's Twitter account didn't help matters. He spent his time on the network insulting critics and quoting Eminem.

This video includes an image by Jensflorian / CC BY SA 3.0.