Little League Coaches, It's Time For An Ethics Talk 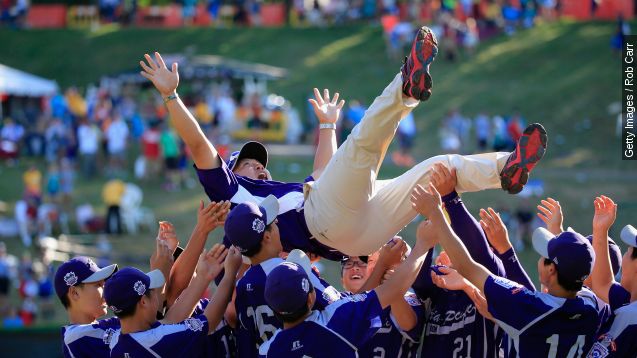 Parents and coaches: It's time for an ethics reminder.

"The West team was already in the semifinals, and the West would rather the Southeast advance than the Iowa from the Central. So what did the West do? They tanked on purpose," WHO-TV reports.

"Here's what a game should not look like: Players competing to lose," WSMV reports.

"These images are stunning and disturbing. Parents fighting with other parents, yelling and threatening coaches?" WBAY reported.

"Little League International stripped the kids of their U.S. title, accusing the coaches of knowingly violating the rules by putting players on the team who lived outside the team's residential boundaries," MSNBC reports.

But the problem goes deeper than throwing games and recruiting.

"Two coaches got in a confrontation in the middle of a T-ball game, and the one coach said he had threatened him in the parking lot with a gun. He said he had a gun in the car and he was going to use it during the game. I witnessed that," WPMI reports.

"A wave of angry dads streamed away from the field, pushing, shoving, punching," CBS reports.

What about the upcoming Little League World Series?

"We have the wrong culture. The dominant culture in sports today is what I call an entertainment sports culture. It's about entertaining fans. In order to entertain fans, you have to win," Jim Thompson, founder of Positive Coaching Alliance said during a TEDx Talks session.

"My youngest one, he's my youngest one in high school still playing, and he's like 'I want to play more minutes. I think I should play more minutes.' And I said, 'Well, what do you want me to do about that?' was my answer. He said, 'You should call the coach.' I said, 'That will not happen,'" NBA basketball coach Doc Rivers said.

Remember parents and coaches: It's about the kids.

"The coach must never forget that he is a leader, not just a person with authority. The youngsters under his supervision must be able to receive proper guidance from him in all respects," John Wooden said.