Little Girl Gives Duchess Flowers But Decides She Wants Them Back 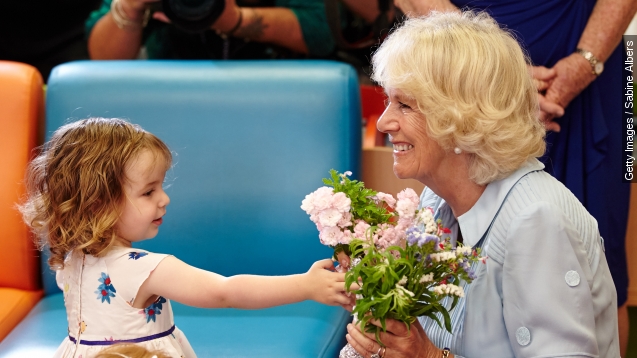 SMS
Little Girl Gives Duchess Flowers But Decides She Wants Them Back
By Ryan Biek
By Ryan Biek
November 15, 2015
A 2-year-old in Perth, Australia, gave Duchess Camilla a beautiful bouquet of flowers, but the young girl soon realized she'd like to keep them.
SHOW TRANSCRIPT

British royalty can expect a lot of adulation, but Duchess Camilla received a gift Sunday she won't soon forget.

This 2-year-old gave the duchess flowers, but what happened next might be the best part. After offering the bouquet to Camilla, the little girl decided she wanted them back, starting a playful game of tug-of-war. The mother said her daughter is "strong willed."

The whole ordeal happened in Australia at a book reading for toddlers at Perth's state library. It was one of Camilla's final stops on her 12-day tour with Prince Charles through the country and neighboring New Zealand.