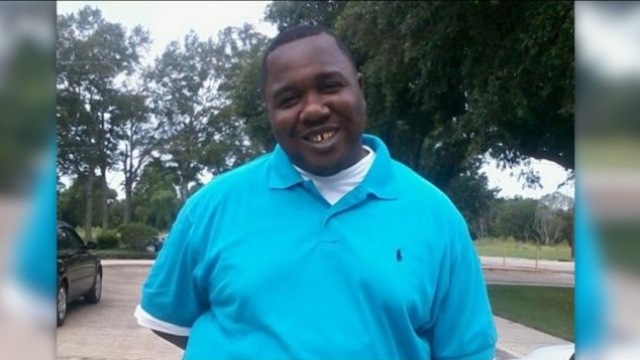 "As a mother, I have now been forced to raise a son who is going to remember what happened to his father," said Quinyetta McMillon, the mother of Alton Sterling's oldest child.

"The store owner says he was standing 2 or 3 feet away at the time of the shooting. He says Sterling, a regular at the store, is a father of young children," an ABC reporter said.

"He is the oldest of his siblings. He is 15 years old. He had to watch this as this was put all over the outlets," McMillon said.

"He was a nice guy. He wasn't out here doing anything bad. He was always just selling movies, minding his own business," Abdul Muflahi said. Muflahi owns the store where Sterling was shot and killed by police.

"The footage that I observed of the video that was made available, I have very serious concerns. The video is disturbing, to say the least," Louisiana Gov. John Bel Edwards said.

"What I saw last night from the real citizens of Baton Rouge will forever warm my heart," McMillon said.

The Department of Justice has opened a civil rights investigation into the shooting death of Sterling.

This video includes an image from Getty Images and clips from WAFB, ABC, Twitter / @MsBWeiss, WBRL and WDSU.