Lionel Messi's Record-Breaking Goal Against Team USA Was So, So Good 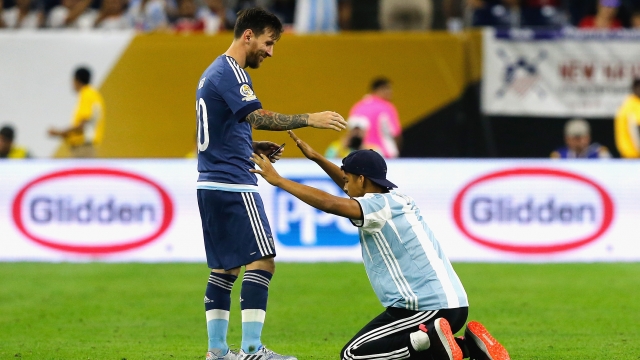 SMS
Lionel Messi's Record-Breaking Goal Against Team USA Was So, So Good

If you needed any more proof that Argentina's Lionel Messi is one of soccer's all-time greatest players, look no further than Tuesday night's Copa América game against Team USA.

Thirty-one minutes into the first half and down 1-0 already, USA took a penalty about 25 yards out.

Messi lined up for the free kick, beautifully curved it over the wall of defenders, and the rest is history.

Argentina, ranked as the top team in the world, ended up rolling over USA 4-0 in the Copa América semi-final game.

Argentina now advances to the final on Sunday and will play the winner of Wednesday's Colombia-Chile match.

The USA will battle the loser of that game in a third-place match on Saturday.