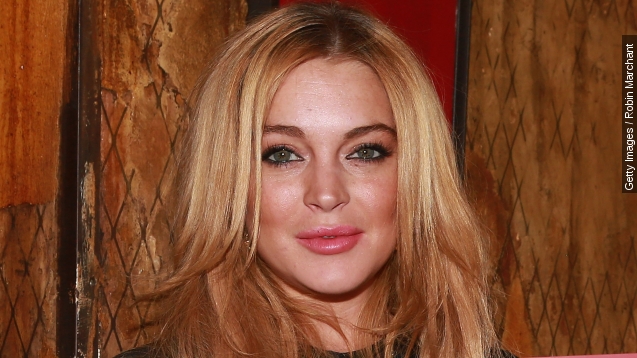 If you are already sick of hearing about 2016 presidential candidates, don't worry –– we're moving on ... to the 2020 election.

Actress Lindsay Lohan announced on Instagram that she "may" be running for president in five years.

Her sort-of announcement may get some giggles, but haven't we learned to never count out anyone in a presidential election?

You may want to hold off on registering your Lohan 2020 PAC, because in 2020 Lohan will be just one year shy of the presidential age requirement of 35. But let's assume the Constitution has a hidden "Mean Girls" clause somewhere, what would a Lohan presidency look like? (Video via OWN, Paramount Pictures / 'Mean Girls')

Well –– first of all, it's pretty hard to find out which side of the aisle she's on, based on her flip-flopping presidential endorsements. (Video via OWN)

In 2008, Lohan made it clear she was all about then-Senator Obama moving into The White House on her MySpace. (Remember MySpace?) But in 2012, she told reporters "I think unemployment is very important for now, so as of now (my vote) is Mitt Romney." (Video via C-SPAN, ABC)

But, we at least know Lilo's stance on a couple of our most divisive issues. First –– she's all about tax cuts. For everybody.

When President Obama tweeted about cutting taxes for small businesses and the middle class she quickly replied "we also need to cut them for those that are listed on Forbes as 'millionaires' if they are not, you must consider that as well." (Video via Obama for America)

And it would seem Lohan would keep fighting for marriage equality and LGBT rights if she moves in to 1600 Pennsylvania Ave. (Video via NBC)

Even if Lohan won't be old enough to take the top job, don't count her out yet. Maybe President Yeezy will throw her on his cabinet –– right next Kim K.