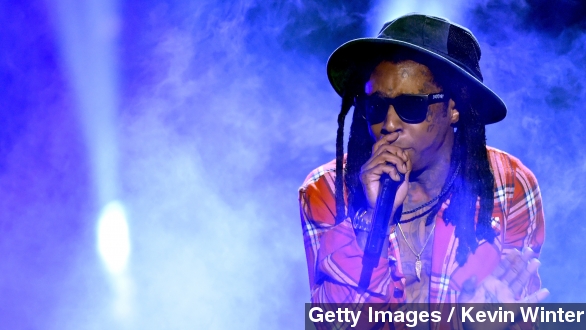 What first sounded like a potentially horrific situation Wednesday afternoon...

"A call came in referencing an individual stating he had shot four people inside this ritzy Miami Beach home."

...ended up being up being another sort of evil: "swatting."

"Can you say for sure it was a hoax?," a reporter asked.

"We can say for sure it was a hoax," Miami Beach police officer Ernesto Rodriguez said.

The house belongs to rapper Lil Wayne. He and local authorities were the victims of a swatting prank. That's where someone calls a SWAT team raid on someone else's house based on a bogus story.

The practice has gotten a lot of attention recently, especially in the gaming world where users have swatted each other while their feed streams online.

The prank is obviously a costly one. Miami Beach Police tweeted out that Wednesday's hoax was a "waste of resources."

And that's on the low end. Another swatting call in Long Beach, New York last year was estimated to cost closer to $100,000.

But aside from being ridiculously expense, so many things can go wrong with startled police officers and swatting victims.

"I had police point a gun at my little brothers," YouTube user Koopatroopa787 said.

A Digg article posted Wednesday offers a few tips to safeguard yourself from being swatted, including being careful with online information and your IP address and even alerting police if you think you're at risk.

As for Wednesday's swatting in Miami Beach, the local police said Lil Wayne was not home when authorities arrived and they are investigating the incident.