Life Lessons To Graduates As Told By Obama, Oprah And Others 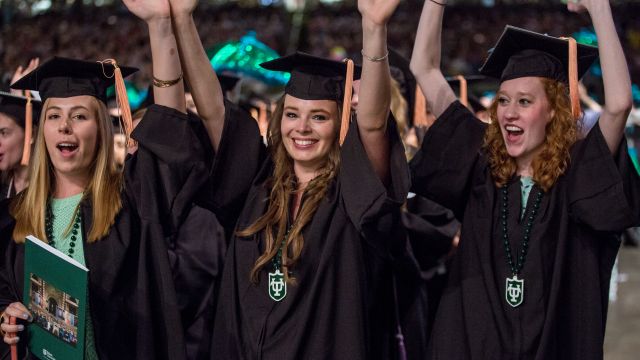 New graduates across the country heard lots of words of wisdom this weekend. Some speeches were encouraging.

"People are going to tell you to plan, to focus. They will tell you that if you want to succeed, you have to stubbornly stay on your path, no matter what. They will be right. They will also be wrong ... Don't be so focused in your plans that you are unwilling to consider the unexpected," Sen. Elizabeth Warren told graduates at Bridgewater State University.

"Dave's death changed me in very profound ways. I learned about the depths of sadness and the brutality of loss. But I also learned that when life sucks you under, you can kick against the bottom, find the surface and breathe again," Sheryl Sandberg told graduates at the University of California, Berkeley.

Others were more pointed.

"Father, you said that politics is a full-contact sport; I agree. But, Father, to the detriment of the nation in my view, and I think John would agree with me, it has recently become a blood sport," Joe Biden said at the University of Notre Dame.

This video includes an image from Getty Images and music from Little Glass Men / CC BY 3.0.