Libertarian Chair Candidate Strips At Party's Convention On A 'Dare' 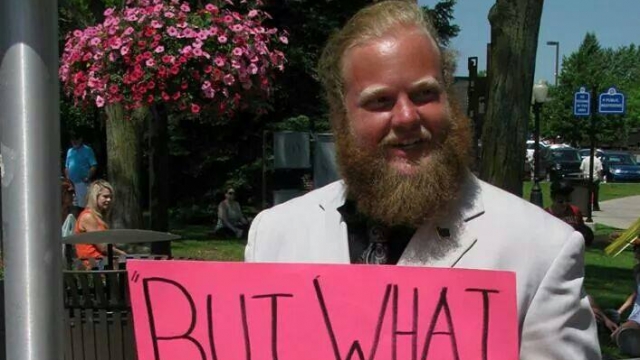 SMS
Libertarian Chair Candidate Strips At Party's Convention On A 'Dare'
By Ryan Biek
By Ryan Biek
May 30, 2016
James Weeks had two minutes to give a speech at the Libertarian Party's national convention ... and he stripped for part of it.
SHOW TRANSCRIPT

You might not be shocked to hear that James Weeks' stripping at the Libertarian Party's national convention Sunday may have hurt his political future.

Some brief cheering for the Michigan politician was soon replaced by boos. Weeks said, "I'm sorry; it was a dare," and quickly ended his campaign for party chairman.

The Huffington Post noted Weeks' Facebook page was full of comments from angry Libertarians. But it seems those comments have since been taken down.

At least one Libertarian delegate has tried to revoke Weeks' party membership.

Not that there's ever a great time for politicians stripping, but Sunday may have been an especially bad choice, considering it was the same day the Libertarian Party nominated their presidential candidate.

This video includes clips from C-SPAN and CNN, and images from Facebook / James Weeks II.