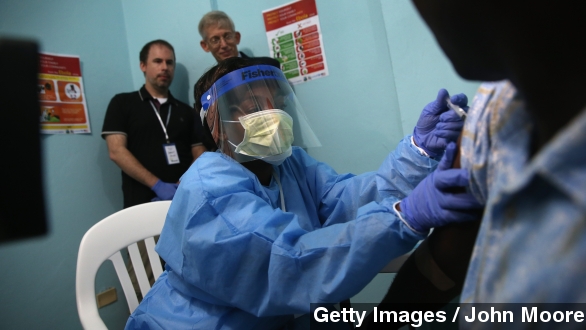 After nearly a year of battling the Ebola outbreak, Liberia may have finally seen the last of the deadly disease. The country's last infected patient was released from quarantine Thursday.

The patient was discharged from a China-run Ebola clinic in the country's capital Monrovia. If no new cases emerge within the next 42 days, Liberia will be officially Ebola-free. (Video via Euronews)

Liberia is one of the three countries hit hardest by the outbreak. The World Health Organization's statistics put Liberia's Ebola deaths at more than 4,000, surpassing neighboring Guinea and Sierra Leone.

But the country isn't out of the woods. Officials fear another outbreak could flare up. (Video via Al Jazeera)

There's always the risk someone has been exposed to the disease and hasn't shown symptoms yet. Exposure to the virus, such as from unsafe burials for Ebola victims, could pose a risk to the uninfected.

And the disease could be brought back to the country by way of Guinea or Sierra Leone, both of which are still struggling with the outbreak. The World Health Organization recorded 132 new Ebola cases in those two countries since March 1.

Recently, the vice president of Sierra Leone isolated himself after one of his bodyguards died of Ebola during a recent surge in cases.

And an experimental Ebola vaccine trial will begin Friday in a region of Guinea that has the most cases in the country.

There's also the question of what will happen after the Ebola outbreak fades. Liberian President Ellen Sirleaf Johnson called for a massive financial aid package from the international community to help the country rebuild.