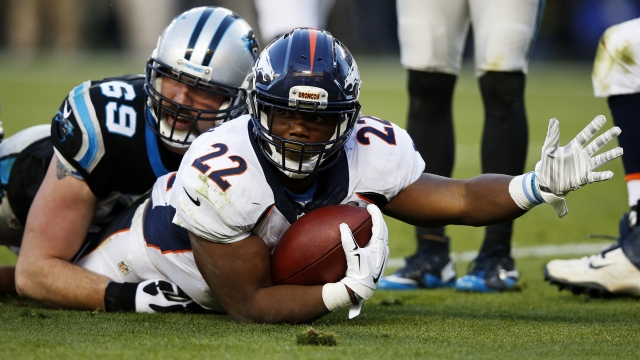 Levi's Stadium in Santa Clara, California, is known for having turf issues, so when Super Bowl 50 came to town, some questioned whether the grass there would hold up. And early on, it doesn't look like it held up to snuff.

Broncos and Panthers alike were having troubles with their footing during the game, some reportedly changing their cleats after a couple of series.

Crews at the stadium were taking notice, going out before the game and at halftime to clear the field of chunks of dirt.

For fans of the San Francisco 49ers, who play their home games at Levi's Stadium, turf issues are familiar. The Niners canceled a public practice back in August because the field conditions were so poor they feared for players' safety.

It extended to games as well. On Oct. 18, Ravens kicker Justin Tucker missed a 45-yard field goal after his plant foot sank into a divot on the field.

For the NFL, the Super Bowl was supposed to be free of these kind of issues. The league, as usual, installed a brand-new grass surface for the game provided from the California-based company West Coast Turf.

This year's field took a year and a half to get game-ready, and according to NFL field director Ed Mangan, it looked "spectacular" and "turned out very well."

Chances are that's not how the players might describe it — especially after Coldplay, Beyonce and Bruno Mars got done dancing on the field during the halftime show.