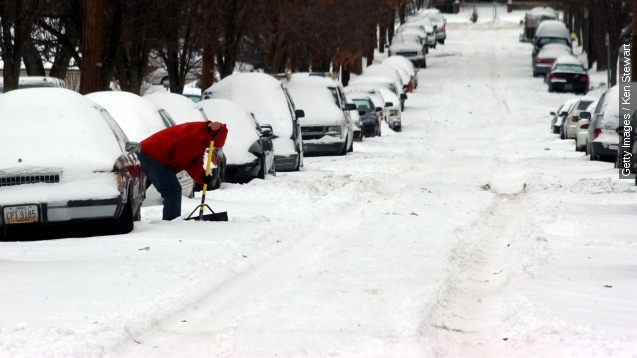 SMS
Letting Your Car Warm Up Unattended Might Be Illegal In Your State
By Melissa Prax
By Melissa Prax
December 3, 2015
Leaving your car running unattended presents an opportunity for theft, so some states have made it illegal. In some places, the fine can be hefty.
SHOW TRANSCRIPT

We've all had those rushed, less-than-pleasant mornings when it's a race against the clock to your car. And then, when you get to your ride, there's frost or snow piled up on the windshield.

But before you blast the heat and defroster and run back inside, you might want to make sure it's legal in your state.

You could get a ticket or a fine for leaving your car running unattended. And in some states, like West Virginia, a second offense could get a hefty fine of $500.

So if you're from Texas, Maryland, Ohio, West Virginia, Colorado, Wisconsin, South Carolina and Minnesota — among others — pay attention.

Lawmakers aren't necessarily trying to swindle you. There's an increase in car thefts as the temps drop, and police say it's easier to be preventative and fine the owner than chase after stolen vehicles. (Video via KSHB)

After all, a running, unlocked car worth thousands of dollars that can be stolen in seconds is the ultimate crime of opportunity.

Even if you don't live in a snowy state, thefts from loitering cars are still a problem.