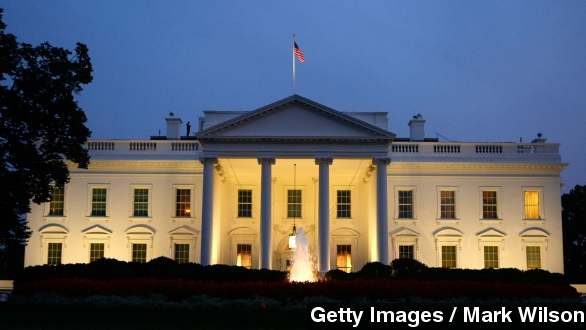 The Secret Service has confirmed an envelope mailed to The White House over the weekend tested positive for the poisonous substance cyanide.

"They did an initial biological testing on the envelope. That tested negative, but earlier today, according to the Secret Service, they did chemical testing on this envelope and it returned what they're calling a 'presumptive positive' for cyanide," reported CNN.

The tests were carried out at the White House Mail Screening Facility, an off-site lab designed to prevent chemical or biological threats from getting to The White House — which has come in handy more than once.

On two separate occasions in 2013, envelopes containing ricin were mailed to President Obama. Both were intercepted by the authorities and, strangely enough, the suspects in both cases apparently sent the letters in order to frame someone else. (Video via ABC, NBC)

The Intercept, which broke the news of the latest catch, reported that the envelope's return address is someone the Secret Service is familiar with.

"That person has sent multiple packages over the years, the most recent was received on June 12, 2012, which contained mini alcoholic beverages." He also once sent a package "covered in urine and feces."

The sample will be sent to another testing facility to confirm. There were no reports of injuries.