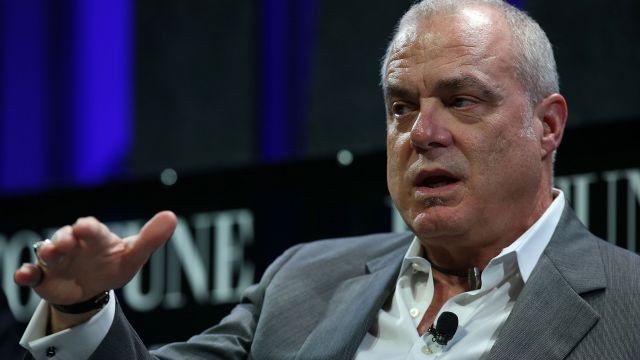 SMS
Aetna CEO Told DOJ He'd Abandon Obamacare If It Blocked His Merger
By Matt Picht
By Matt Picht
August 17, 2016
Aetna is downsizing its role in Obamacare despite previously defending its losses on the federal exchanges.
SHOW TRANSCRIPT

Aetna's decision to abandon most of its presence in the federal health care exchanges set up by Obamacare is facing new scrutiny.

The Huffington Post obtained a letter that Aetna CEO Mark Bertolini sent to the U.S. Department of Justice in July, back when the department was considering a merger request between Aetna and Humana. In the letter, Bertolini emphasized just how much it cost the company to participate in Obamacare.

The letter read, in part: "Our ability to withstand these losses is dependent on our achieving anticipated synergies in the Humana acquisition. ... If the DOJ sues to enjoin the transaction, we will immediately take action to reduce our 2017 exchange footprint."

The DOJ went ahead and filed an antitrust lawsuit against the merger anyway. One month later, Aetna decided to pull out of insurance markets in 11 states.

When he announced the pullout, Bertolini made no mention of the merger; instead, he just pointed to the $430 million Aetna had lost in the marketplace since January 2014.

Despite its heavy losses, Aetna has maintained that participating in Obamacare would be a good long-term investment for the company. Turns out, that investment might not be paying off quite like the company imagined it would.