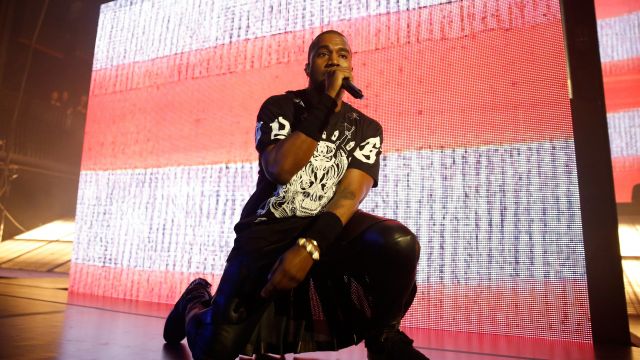 You might consider Kanye West's rumored lawsuit against torrent site The Pirate Bay dead in the water.

West tweeted a photo Tuesday night of him listening to folk musician Sufjan Stevens on YouTube. But Twitter users were quick to point out that one of the tabs in West's browser read "Pirate Bay" — the same torrent site people used to illegally download West's "The Life of Pablo."

There's more to be gleaned from this photo, though. EDM producer Deadmau5 noticed West also had a tab open for Serum, sound editing software from Xfer records. And he's accusing Kanye of getting it for free.

Here's where it gets awkward: Deadmau5 co-founded Xfer records in 2005. So, naturally, the same helmeted producer who stood beside West at Jay Z's initial Tidal launch responded by calling Kanye a "d*ck" for allegedly not shelling out $200 for the software.

While the rarely deterred West has yet to respond, it's unlikely this hubbub over his Internet habits are likely to stick around.

West has been busy providing updates on his new new album tentatively titled "Turbo Grafx 16." That project could feature some leftovers from "The Life of Pablo" or some of the 80 or so songs he reportedly has in his back pocket from recording with Kendrick Lamar and Young Thug.