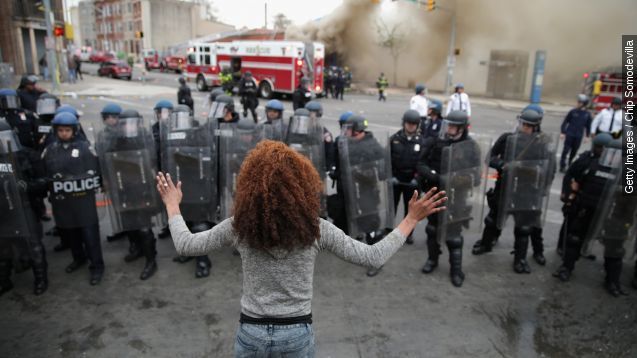 A report from mappingpoliceviolence.org says some communities, like Detroit, have high crime rates and low rates of killings by police.

Detroit, Milwaukee and Philadelphia all have crime rates in the top 15 and rates of killings by police in the bottom seven.

Bakersfield, California; Long Beach, California; and Aurora, Colorado, all have violence rates in the bottom 20 and rates of killings by police in the top 10.

Out of the 10 police departments with the highest kill rates, five are in California.

Now the question is: What really influences police violence? Because it's likely not crime.