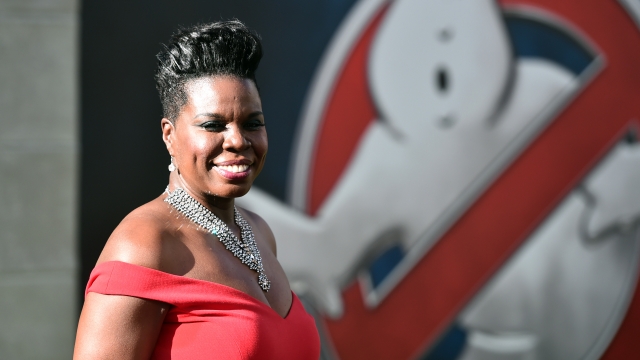 SMS
Leslie Jones Tackles Racist Twitter Trolls Head On
By Matt Moreno
By Matt Moreno
July 19, 2016
Since the release of the "Ghostbusters" reboot, the actress has apparently been a lightning rod for racism on Twitter. Now she's fighting back.
SHOW TRANSCRIPT

She signed off after, saying: "I leave Twitter tonight with tears and a very sad heart.All this cause I did a movie.You can hate the movie but the s*** I got today...wrong."

This is hardly the first time Jones had to address the issue of race related to the "Ghostbusters" film.

Some have criticized Jones's role in the film: She plays an MTA worker and not a scientist like the other Ghostbusters. But Jones, who is the only black actress in the movie of the main four, didn't seem to find anything wrong with it.

"I don't know if it was a race thing or a lady thing, but I'm mad as hell," Patty Tolan [Leslie Jones] said.

Twitter users have been called out for their less-than-acceptable tendencies.

The "Saturday Night Live" star has addressed racial barriers in the comedy and entertainment industry before.

Jones said on "The View," "The day I saw Whoopi Goldberg on TV, I cried so hard because I kept looking at my daddy and going: 'Oh my god. There's somebody on TV who looks like me! She looks like me!'"

Sony's "Ghostbusters" hasn't been a box office bust, but the reboot opened this past weekend by reeling in an uninspiring $46 million — good for only second place on the charts.