Lenovo Hack May Be Retaliation For 'Superfish' Vulnerability 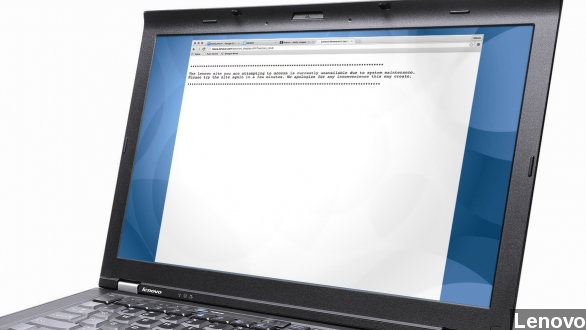 SMS
Lenovo Hack May Be Retaliation For 'Superfish' Vulnerability
By Mikah Sargent
By Mikah Sargent
February 26, 2015
Lenovo's website was hacked by what appears to be the infamous Lizard Squad group. The attack seems to be related to Lenovo's "Superfish" controversy.
SHOW TRANSCRIPT

Lizard Squad is at it again … allegedly. This time it appears the hacker group has gone after currently infamous computer-maker Lenovo.

Lenovo.com displays a message claiming the site is currently under maintenance. A few hours ago, however, things looked a little different.

According to Ars Technica, the hackers were able to change the site people were taken to when they visited “www.Lenovo.com.”

In other words, the group didn’t hack into Lenovo, it just got to choose what was displayed when people visited the site.

As captured by several tech outlets, Lenovo’s site displayed a series of what appeared to be webcam photographs with a song from Disney’s “High School Musical” playing in the background.

While that certainly sounds peculiar, it falls in line with previous attacks launched by Lizard Squad.

In late January the group was linked to an attack aimed at Malaysia Airlines’ website. The site displayed an image of a lizard in a top hat, and the group’s purported anthem played in the background.

The attack appears to be a form of retaliation for recent controversy surrounding Lenovo. The company pre-installed an adware program called “Superfish” that’s caused a gaping security hole in many of its computers. (Video via Lenovo)

A Twitter account believed to be run by the group posted a couple of photos that appear to be internal Lenovo emails — one references a problem allegedly caused by removing Superfish.

You’ll remember the group took control of "www.Lenovo.com." Because of this attack method, it was able to view emails sent to “@lenovo.com” email addresses.

The account has since tweeted it plans to look through the stolen Lenovo data for "more interesting things."