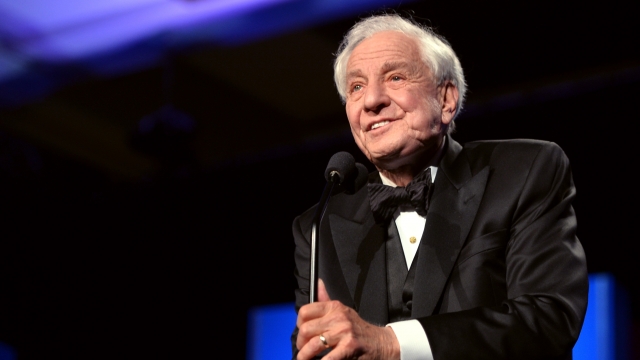 The TV and film industry has lost a legend responsible for some of the most iconic TV shows and movies of our time.

Garry Marshall, a writer, director, producer and actor, died Tuesday due to complications from pneumonia following a stroke. He was 81.

He later tried his hand at film and found even more success. He directed hits like "Beaches," "Pretty Woman," "Runaway Bride" and both of the "Princess Diaries" films, which put actress Anne Hathaway on the map.

It's no wonder his more recent films — "Valentine's Day," "New Year's Day" and "Mother's Day" — had huge casts featuring some of Hollywood's best, some of whom owe their breakout success to Marshall.

"I'm discovered in this movie. If it's a comedy, they say, 'All right, enough of that, I want to be an OD on drugs in the movie. I want to be naked,' and they go through that period. And then they have a child and they come back to me and say, 'I'd like to do something my child could see.' And I'm very good at making things your child could see," he told E! in April.

Marshall leaves behind two sisters, his wife of 53 years, Barbara, who made cameos in some of his films, as well as three children, who followed him into the entertainment industry, and six grandchildren.