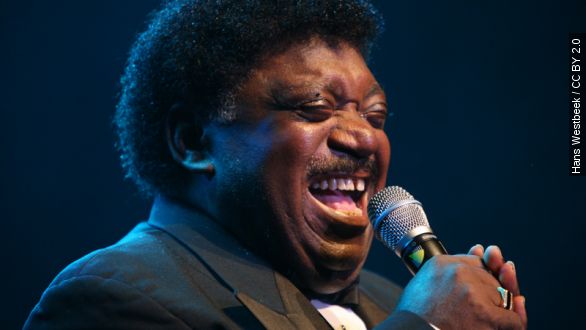 SMS
Legendary R&B Singer Percy Sledge Dead At 73
By Jake Godin
By Jake Godin
April 14, 2015
Percy Sledge, the Rock and Roll Hall of Fame inductee who sang "When a Man Loves a Woman," passed away after a long battle with cancer.
SHOW TRANSCRIPT

Sledge's agent, Steve Green, confirmed his death to ABC, saying the singer died after a long battle with cancer.

The Rock and Roll Hall of Famer's most notable song, 1966's "When a Man Loves a Woman," topped U.S. charts for weeks.

In 2009, Sledge spoke to Caribbean-based news station WIV4 on how he felt after winning his Rock and Roll Hall of Fame trophy in 2005.

"That was one of the greatest moments through my career," he said. "Because something let through me to let me know what I had done and what God had put me out here to do and reach a goal like that."

Sledge is survived by his wife, Rosa, and 12 children.