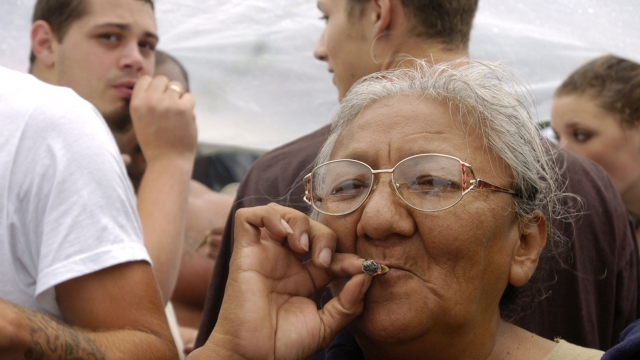 By Ryan Biek
November 1, 2016
State marijuana policies could have a big influence on how many people use the drug, according to a new study.
SHOW TRANSCRIPT

Will legalizing marijuana increase the number of users? That depends on the details.

New research from the Yale School of Public Health found state policies surrounding the use of marijuana could have a big effect on how many people use it.

One of the biggest influences? The right to fire an employee. The study found if state law prevented companies from firing employees for using marijuana on their personal time, the number of users would jump by 9 percent.

But because marijuana use is still illegal at the federal level, some states take another approach. Courts in Colorado and Washington state ruled employers do have the right to fire workers for smoking off the clock.

The cost of marijuana can deter people, too. The study found raising the price of a gram by $19 was enough to deter people from smoking by 5 percentage points.

Fifty-four percent of people said their decision to use marijuana depends on the scenario and potential ramifications.

Overall, 20 percent of people studied said they'd use marijuana no matter what, as long as it was legal. Twenty-six percent said they'd never use weed.

That's why the study's lead researcher is urging citizens to take an active role in crafting their state's legalization measures and do more than just vote "yes" or "no."