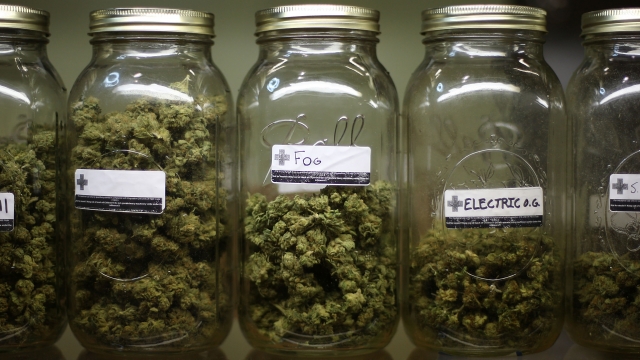 SMS
Marijuana Legalization Initiatives Could Inject $7.8B Into The Economy

By Briana Koeneman
September 23, 2016
The new report also claims the entire cannabis industry in the U.S. could hit $20.6 billion by 2020.
SHOW TRANSCRIPT

And if just seven of those initiatives pass, a new report says those states could inject $7.8 billion into the nation's economy by 2020.

Of course, marijuana is still illegal under federal law.

But Arizona, Nevada, Massachusetts, Maine, Montana, Florida and California are all voting to loosen their own pot restrictions.

And the report from New Frontier Data and Arcview Market Research says it could mean big money.

The study also claims the entire cannabis industry in the U.S. could hit $20.6 billion by 2020, which is slightly less than what was predicted earlier this year.

Still, as New Frontier's CEO said in a statement, "The cannabis industry is one of the fastest growing sectors in the economy and continues to astonish those in and out of the space."

Currently, 25 states and the District of Columbia have laws legalizing marijuana in some form.