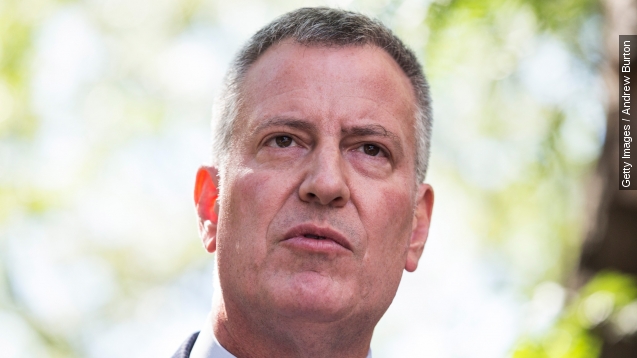 "I am endorsing Hillary Clinton enthusiastically because we have to take on income inequality," de Blasio said. "It is the issue of our time."

Almost every other key Democrat in New York endorsed Clinton months ago, but de Blasio, a former campaign manager for Clinton's 2000 Senate bid, had been holding back. Some took this as an attempt by de Blasio, a progressive, to move Democratic politics further left.

De Blasio's endorsement comes as a major blow to Bernie Sanders' campaign. Both Sanders and de Blasio come from the more progressive wing of the Democratic party. Their political careers have focused largely on social issues and the gap between the rich and poor.

De Blasio says Clinton, too, has a progressive platform, especially on issues of race and income inequality.