LeBron James' Lifetime Deal With Nike Might Actually Be Worth $1B 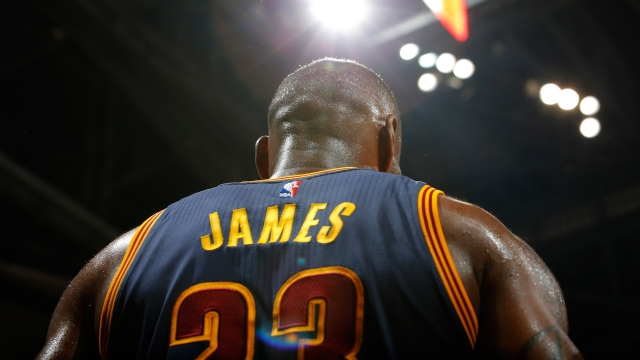 By Matt Moreno
May 17, 2016
There could be some truth about LeBron and Nike in the Kanye West diss track "Facts."
SHOW TRANSCRIPT

Long after his playing days are over, Lebron James will still be bringing in the money thanks to a lifetime deal with Nike. But how much is a lifetime contract worth with one of the NBA's biggest superstars?

According to one of James' business partners, it could be somewhere in the $1 billion range — or maybe even higher.

In a GQ interview posted Tuesday, Maverick Carter — described as the "man behind Lebron's" deal — hinted James could be reeling in 10 figures from Nike.

When asked about it, Carter didn't explicitly say a billion but instead motioned it was higher than Kanye West suggested in his infamous "Facts" diss track.

"Nike treat employees just like slaves. Gave LeBron a billi' not to run away," Kanye sang in "Facts."

West, who left Nike for Adidas in 2013 over a dispute about his "Air Yeezy" shoes, has seemingly patched things up with James since the diss track.

Still, it was one of our first real looks into how much LeBron's deal could've been worth.

The terms of the "largest single-athlete guarantee in company history" haven't been released, but early estimates placed the payout between $400 million and $1 billion.

So, while much of this might just be speculation until Nike or LeBron definitively says how much this transaction is worth, we can rest assured the big man in Cleveland will be living the high life for a long while.

This video includes clips from Nike, SapientNitro, Cleveland.com and Fox Sports and images from Getty Images.