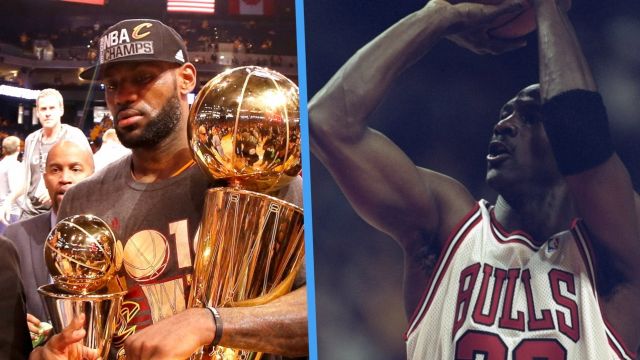 You won't find many players in the NBA better than LeBron James right now.

And you definitely won't find any players in NBA history who are better than Michael Jordan.

But it wasn't until recently that James admitted he's chasing Jordan's legacy.

In an interview with Sports Illustrated, James revealed that much of his motivation to be great comes from Jordan.

He said: "My motivation is this ghost I'm chasing. The ghost played in Chicago. ...

What he did was unbelievable, and I watched it unfold. I looked up to him so much."

James has largely shied away from Jordan comparisons throughout his NBA career. But now, coming off a season where he brought the city of Cleveland its first championship in 52 years, the "who's the greatest?" debate is getting louder.

While James still trails Jordan in several significant career categories, most importantly three NBA titles to Jordan's six, he's only 31 and has plenty of game left in him.

While James is chasing Jordan's ghost now, a few more championships and MVPs could change the discussion entirely.

The only problem is James and the rest of the NBA will have to go through the ridiculously stacked Golden State Warriors. But as James has shown before, nothing is impossible.