Leap Motion Wants To Put Your Hands Inside Virtual Reality 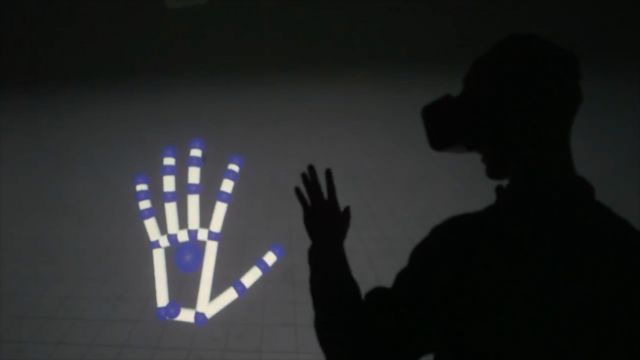 Virtual reality has a touchy issue. And Leap Motion is here to fix it.

The motion control company just took the wrappings off their new hand-tracking hardware and software project, dubbed Orion. The technology is designed to be built directly into virtual reality headsets and can translate your real-world hand gestures into virtual reality.

It's a refinement of Leap Motion's first hand-tracking project, which was built for 2-D screens and ran into several bug complaints. The new software looks to be much better at keeping track of where your hands are and what they're doing.

"It's really good at actually tracking things when it doesn't see them, which actually turned out to be the most important thing. ... We just had to build a really, really smart system that can understand how people are trying to react in virtual reality," Leap Motion co-founder David Holz told TechCrunch.

Orion's VR focus could help the budding industry solve its interaction problem: A virtual world is only as good as your ability to reach out and touch things in it, after all.

Current solutions are mostly oddly-shaped controllers, which are adding even more cost onto an already expensive device. Orion could offer an alternative input method if the VR headset manufacturers are on board.

It's also worth pointing out that physical controllers do offer a precision kinetic controls lack. Motion sensing has come a long way since the early days of the Kinect, but it's still not ready to entirely replace the humble analog stick just yet.

With further development, Leap Motion's hand-tracking software could have plenty of industrial and consumer VR applications in the future. But honestly, we'd be happy just to play with those virtual blocks.