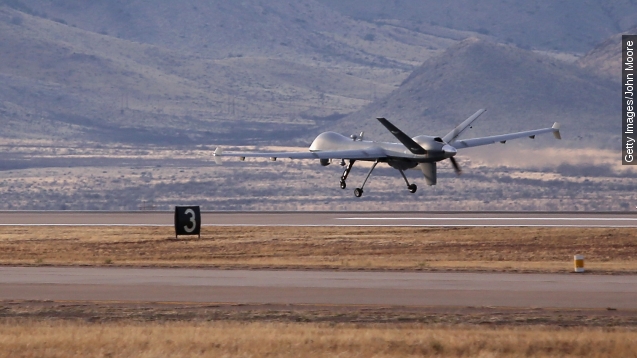 New classified documents published in The Intercept expose the inner workings of the U.S.'s drone program in the Middle East and Africa. (Video via U.S. Navy)

Two of the main takeaways from the report are how the information about targets is gathered and how the drone strikes get the go-ahead.  (Video via U.S. Department of Defense)

The Obama administration has had to defend its use of drones before; it's admitted fault in the drone deaths of some civilians. The source says some of the civilian casualties are due to unreliable intelligence.  (Video via U.S. Department of Defense)

According to a military study and The Intercept's report, the U.S. intelligence community and foreign partners hack phones and computers for data that will help them identify and hunt down targets when they can't gather information in a certain area.

But The Intercept's source says this method is unreliable. "It's stunning the number of instances when selectors are misattributed to certain people. ... The entire time you thought you were going after this really hot target, you wind up realizing it was his mother’s phone."

Another issue of concern is how a strike is authorized. The president has to sign off on each target, but the report suggests he might not know when the strike will happen. As long there is a "near certainty" of where the target is, there is a 60-day window to carry out the attack.

But once the 60 days is up, the process of building a case has to start all over again. One senior special operations officer told The Intercept this could add pressure to going ahead with the strike.

The source of the leak says he did it because the public has a right to know. He told The Intercept: "We're allowing this to happen. And by 'we,' I mean every American citizen who has access to this information now but continues to do nothing about it." (Video via U.S. Department of Defense)