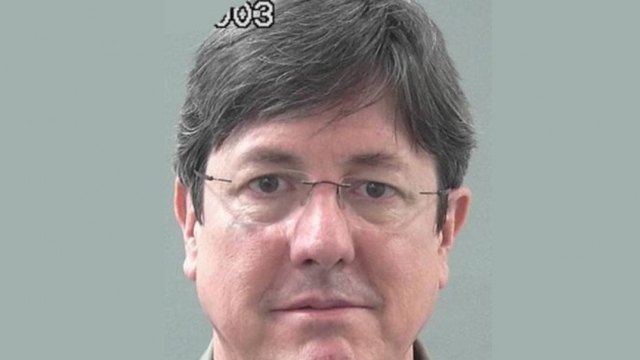 SMS
Lawyer Says Fugitive Church Leader Lyle Jeffs Might've Been Raptured
By Matt Picht
By Matt Picht
August 26, 2016
Lyle Jeffs' lawyer says he might as well have been raptured as far as the legal system is concerned.
SHOW TRANSCRIPT

Where in the world is polygamist religious leader Lyle Jeffs? According to his lawyer, he might as well have been raptured as far as the legal system is concerned.

Jeffs, a leader of the Fundamentalist Church of Jesus Christ of Latter Day Saints, is accused of taking part in a massive scheme to funnel food stamp money into his church's coffers. He was on house arrest ahead of his trial until June, when he slipped free of his GPS monitoring bracelet and went on the run.

Jeffs had been running the day-to-day operations of the FLDS, a Mormon splinter group, after its leader Warren Jeffs — Lyle's brother — was convicted on sexual assault charges and effectively sentenced to life in prison. Lyle Jeffs is one of 11 church leaders on trial for the alleged food stamp fraud.

Now, the court wants to continue the food stamp fraud trial without Jeffs. Since Kathryn Nester, Jeffs' lawyer, can't get into contact with him to ask his opinion, she told the court there was no objection.

Nester's filing reads, in part, "Whether his absence is based on absconding ... or whether he was taken and secreted against his will, or whether he experienced the miracle of rapture is unknown to counsel."

Wherever Jeffs is, the FBI is offering a bounty of up to $50,000 for information leading to his arrest. The U.S. government says $12 million in federal benefits were diverted to the church by Jeffs' scheme.