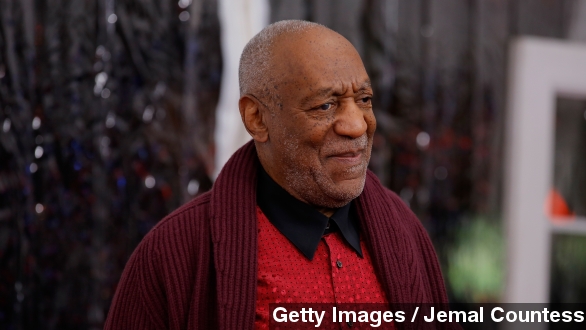 It sounds like actor/comedian Bill Cosby won't be commenting on the rape allegations against him.

The allegations date back to 1985 when multiple women accused Cosby of drugging and raping them on different occasions. Cosby was sued by one of the women in 2005, and the two sides eventually reached a deal out of court in 2006.

And the allegations against Cosby have made headlines again for a few reasons — for one, this Washington Post interview with Barbara Bowman, one of Cosby's accusers.

There was also comedian Hannibal Buress calling Cosby a rapist in a recent standup appearance.

And the social media fail when Cosby asked Twitter users to 'meme' him. That resulted in not-so-fun results for Cosby.

But Cosby is pledging to remain silent in response to the renewed interest in those allegations.

Cosby's scheduled Nov. 19 appearance on the Late Show with David Letterman has been cancelled. Neither the show nor Cosby have offered a public explanation for that.

This is reportedly his second altered appearance on a talk show in recent weeks. According to TMZ, he also postponed an appearance on Queen Latifah's talk show.

Then, Saturday, Cosby refused to answer any questions regarding the allegations in an interview on NPR's "Weekend Edition."

And it doesn't look like he'll be changing his position anytime soon. Sunday, a message from Cosby's lawyer on the comedian's website read: "Over the last several weeks, decade-old, discredited allegations against Mr. Cosby have resurfaced. The fact that they are being repeated does not make them true. Mr. Cosby does not intend to dignify these allegations with any comment."

Though some are saying this silence isn't doing anything positive for his public image.

VIA CNN: "At some point he's got to be willing to go on air, on the record and say that these charges are not true, this is nothing I would do, number one."

And a writer for The Boston Globe says these allegations, true or not, will likely follow Cosby for the rest of his life, "Though the once revered, now increasingly reviled icon may never have to answer for these allegations inside a courtroom, it seems the court of public opinion has already decided its case against him."

Seventy-seven-year-old Cosby, who is currently on a comedy tour, is next slated to appear Sunday in Erie, Pennsylvania.