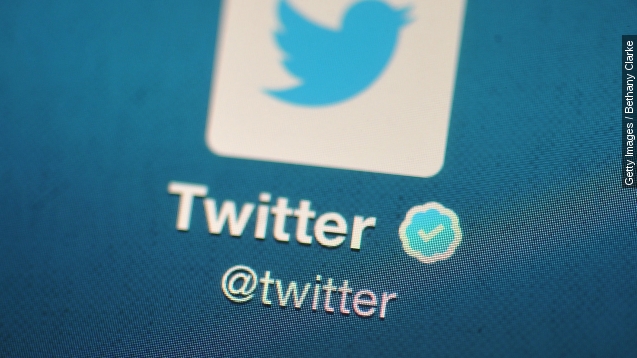 SMS
Lawsuit Claims Twitter's Been Reading Your Direct Messages
By Leah Becerra
By Leah Becerra
September 15, 2015
Twitter could face a class-action lawsuit that would potentially pay out a lot of money to anyone who has used the site's Direct Messaging feature.
SHOW TRANSCRIPT

A lawsuit has been filed against Twitter that claims the little blue bird has been secretly "intercepting, reading and altering" Direct Messages.

DM-ing, for those who don't know, is a more private way to message a person on Twitter. Only you and the recipient can see the content. So if Twitter is actually scanning, reading — even altering — those messages, it would be a huge privacy concern.

But wait — let's break the claims down before anyone gets too carried away.

Twitter tends to scan tweets to make sure they fit within the 140-character constraints. In the case of Direct Messages — and normal tweets, too — scanning also lets the company shorten links. Because links can be really, really long sometimes. (Video via Twitter)

The suit used a New York Times link as an example of Twitter making alterations within DMs, so we're going to do the same. A Times link, for example, might have 109 characters. After hitting send within a DM, the link is shortened to 26 characters.

In order to make that link shorter, The Hollywood Reporter says Twitter is sending the data to its analytics servers first. So the suit claims the extra step results in better leverage for the social site when it comes time to negotiate advertising rates.

There's no hard and fast proof that Twitter has done any harm to people under this practice, that's why a University of Washington law professor told USA Today the social site's practices probably won't be actionable.

The firm that filed the suit, Edelson PC, has a specialty. That specialty just so happens to be suing tech firms under alleged privacy violations. Jay Edelson, the firm's managing partner, has taken on Amazon, Apple and Google in the past.

The firm even filed a suit against Facebook earlier this year over a feature that attempts to automatically name people in photos users upload to the site. The suit alleged Facebook "secretly amassed the world's largest privately held database of consumer biometrics data."

It's also worth mentioning this new filing against Twitter, which is seeking class-action status, is kind of similar to another case Google dealt with in 2013. The company was attacked for scanning Gmail users' correspondence for keywords, and then using those keywords to place relevant ads on the site.

The Google case was denied class action status, meaning the company didn't owe anyone money. If this new case against Twitter is class certified, though, users who've sent or received Direct Messages could stand to make as much as $100 per day for every DM communication.