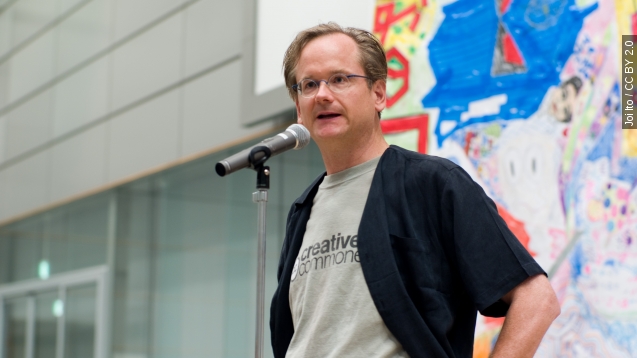 His presidential exploratory committee raised $1 million, which was the crowdfunding goal he set prior to announcing his bid.

Lessig is also the co-founder of Creative Commons. And while he's made great strides in the field of Internet law, there's just one thing you really need to know about him and his platform: If he's elected, there's a chance he'll resign before his term is up.

"That's right. Because what we need is a focus that could cut across partisan lines and say this is the mandate. The mandate is to achieve this fix to the corrupted system, to fix the democracy first," Lessig told ABC's George Stephanopoulos.

If he's elected, Lessig says he will stay in office long enough to pass his Citizens Equality Act of 2017. That bill would reform campaign finance, voting rights and congressional representation.

Since Lessig's plan is to get his one act passed and then peace out, supporters will really need to keep an eye on this page, where we can vote on his running mate. Only four of the names are people who've tossed their hat in the race. Other names are for fun — we assume.

This video includes images from Boris Kozielski / CC BY 2.0 and Innotech Summit / CC BY 2.0.