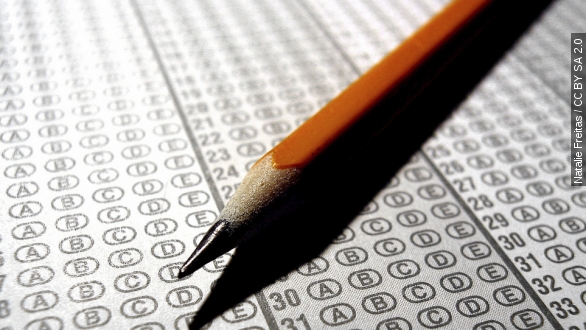 It was a dramatic ending to a yearslong ordeal.

"Yesterday you were ready for sentencing," one defense attorney shouted.

"Sit down, or I'm going to put you in jail if you yell at me, point at me," Judge Jerry Baxter said.

Fulton County Superior Court Judge Jerry Baxter sentenced eight of 10 former Atlanta educators to prison time Tuesday in the wake of the Atlanta Public Schools cheating scandal — one of the largest in the country.

Baxter originally planned to sentence the former educators Monday but allowed an extra day for their attorneys to discuss plea deals and — in his words — accept responsibility for their crimes.

But when all but two of those sentenced chose not to accept plea deals, Baxter handed down what some have called "stiff" penalties.

"A lot of people might say Judge Baxter threw the book at those top three," WAGA's Aungelique Proctor reported.

Those top three were former Atlanta Public Schools administrators. They were each sentenced to seven years in prison, 13 years probation, 2,000 hours of community service and a $25,000 fine. Those sentences even reportedly exceeded the recommendations from prosecutors.

Part of the reason for the so-called "stiff" sentencing could be explained by the Racketeer Influenced and Corrupt Organizations Act — or RICO — which was used to put members of the Gambino crime family behind bars. It's also been used in recent decades to fight street gangs. (Video via The Biography Channel)

The convicted Atlanta educators weren't mobsters or gang members, but, according to The Washington Post, "RICO laws allow prosecutors to try leaders of what they view as a corrupt organization for crimes they ordered, even if they didn't carry them out."

The scandal was first uncovered by the Atlanta Journal-Constitution in 2008. An investigation found that educators had inflated their students' test scores and received praise and bonuses because of the higher grades.

"From 2001, there was wholescale cheating going on in the Atlanta public schools. ... There were thousands of children that were harmed in this. This is not a victimless crime that occurred," Baxter said.

The former educators have 30 days to appeal their sentences. One other former Atlanta Public Schools employee wasn't present Tuesday and will have her sentencing hearing in August.