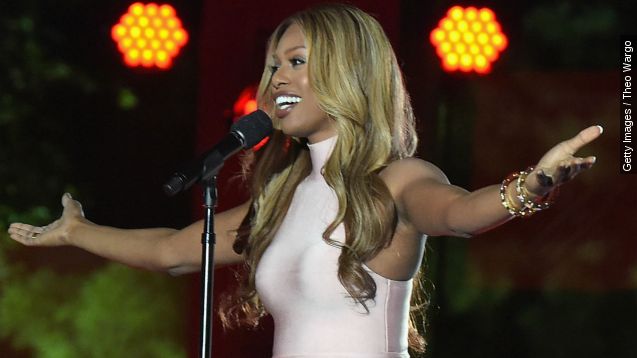 Cox will play the flirtatious, corsetted alien originally played by Tim Curry in the cult classic.

We can't wait to see the "Orange Is the New Black" actress take on the "Rocky Horror" style in the remake.

"Couture," said Sophia on "Orange Is the New Black."

And "Buffy the Vampire Slayer" alum Gail Berman is producing it with Fox 21 Television Studios.

We don't know who will play Brad and Janet yet, so we're shivering with ...

" ... anticipation," as Frank-N-Furter said in "The Rocky Horror Picture Show."

"Rocky Horror" turned 40 this year and still shows in theaters across the country.