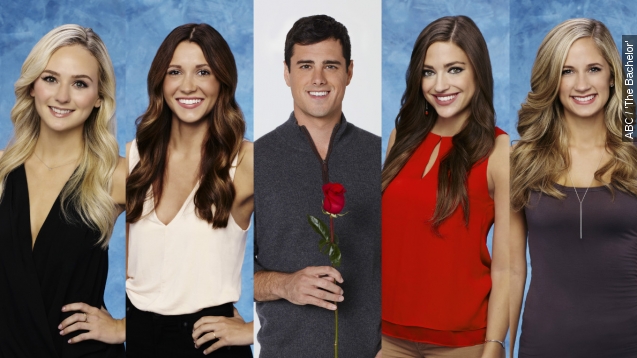 SMS
Laurens Have A 14 Percent Chance Of Winning 'The Bachelor' This Season
By Lexie Hammesfahr
By Lexie Hammesfahr
December 8, 2015
ABC released the identities of the 28 "Bachelor" contestants for season 20, and we're already holding our breath for the drama.
SHOW TRANSCRIPT

ABC announced the 28 contestants for season 20 of "The Bachelor" Tuesday morning. The women, who just want a fair shot at love, will be competing to win over the heart of former "Bachelorette" contestant Ben Higgins.

"This season, we're giving you the perfect 10. I mean, the perfect Ben," the announcer says.

And like Higgins, several of the women have competed in the franchise in the past. Becca and Amber both competed for Chris Soules' heart last season.

And one contestant, Jami, may hit a little too close to home for Higgins. She's buds with Kaitlyn Bristowe, the woman who broke Higgins' heart in last season's "Bachelorette."

Other notable contestants include Maegan, a cowgirl; Rachel, who is unemployed; and Tiara — occupation: chicken enthusiast. Whatever that means.

Oh, and there's a set of twins.

There will also be four — yes, four — Laurens competing on the show. So good luck with keeping those dates straight.

"The Bachelor" premieres Jan. 4 on ABC.