Laundry Pods Are Convenient, But They're Still Dangerous For Kids 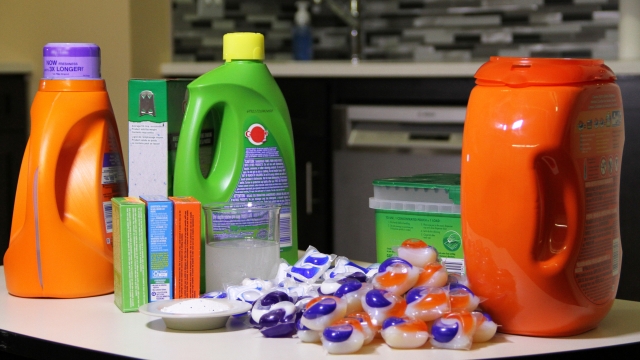 "As soon as they pop that container, it squirts into the back of their throat, and the game is over," Dr. Gary Smith said.

While it's true laundry pods are far more convenient than traditional detergent — you just drop one into your washing machine and go on about your day — that convenience is a trade-off.

"We live in a world that has been designed by adults for the convenience of adults," Smith said. "It's not until we start to see the serious consequences or unfortunately even deaths of children before we react."

See, laundry packets and pods have a problem: In the eyes of a child, they kind of look like they might be tasty. It's also more heavily concentrated than traditional detergent.

"Every 45 minutes in this country, a child is exposed and a call is made to a poison control center because of an exposure to a laundry detergent packet," Smith said. "We've even had two deaths in the last two years. ... That never occurred in the two decades that I've seen children prior to that due to traditional laundry detergent."

Makers of laundry pods have tried to make them safer; in September 2015, the companies voluntarily agreed on a set of safety standards.

• The pods now have a stronger film with an additive that makes them taste repulsive.

• The containers they come in are no longer see-through and require more skill to open.

• The product features warning labels and safety information about the dangers of ingesting the pods.

The researchers say they're keeping a close eye on how the new regulations affect the number of exposures.

"If those numbers don't go down, that voluntary standard either needs to be strengthened or these products simply need to be taken off the market," Smith said.

Smith recommends parents opt for traditional laundry detergent — the study found it to be far safer than laundry pods. If you do choose to use laundry pods, he recommends keeping them out of children's sight.