Latino Millennial Voter Growth Outpacing Other Groups. Does It Matter? 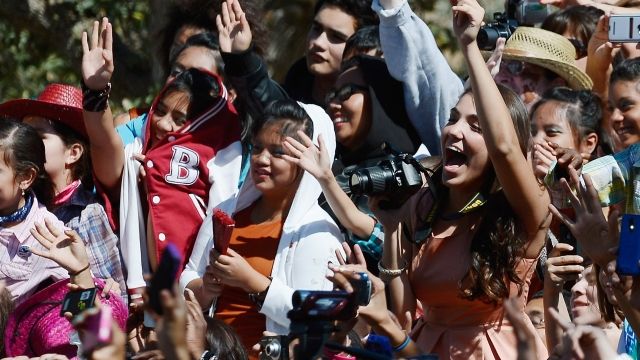 SMS
Latino Millennial Voter Growth Outpacing Other Groups. Does It Matter?
By Eugene Daniels
By Eugene Daniels
January 19, 2016
How will Latino millennials impact the 2016 race and beyond? Well, it's hard to say.
SHOW TRANSCRIPT

You know how politicians are always looking to get that millennial or Latino vote? Well now, there's an even stronger reason to converge those two groups: Latino millennials are projected to make up 44 percent of the Hispanic voting bloc, according to a new study by Pew Research Center.

Overall, Hispanic voters will make up 11.9 percent of U.S voters this year; that's almost even with black voters, which make up about 12.4 percent. And 11.9 million Hispanic millennials will be eligible to vote in 2016 compared to 9.9 million black millennial voters.

Youth being such a large part of the Latino vote is nothing new. It's the growth compared to other groups that's the most interesting.

From 2000 to 2016, the youthful share of the overall number of Hispanic voters hasn't changed much, but other groups are declining. The white, black and Asian blocs are just getting older with whites dropping 3 percent, blacks 4 percent and Asians 7 percent between the same time.

So the most obvious question is: How can this impact the 2016 race and beyond? Well, it's hard to say.

Historically, Hispanic voters have had the second-lowest turnout in presidential elections, with just 48 percent in 2012. And the Latino millennial vote is even lower, with just 37.8 percent voting in 2012.

But participation rates have been growing. In 2008, 9.7 million Hispanics voted and 11.2 million voted in 2012. Some of that may be thanks to the growing number of citizen immigrants who tend to vote more than those born in the U.S.

Despite the growth, the voting impact may not be that great. 52 percent of 2016 Latino voters live in three states that historically haven't been highly contested: California, Texas and New York.