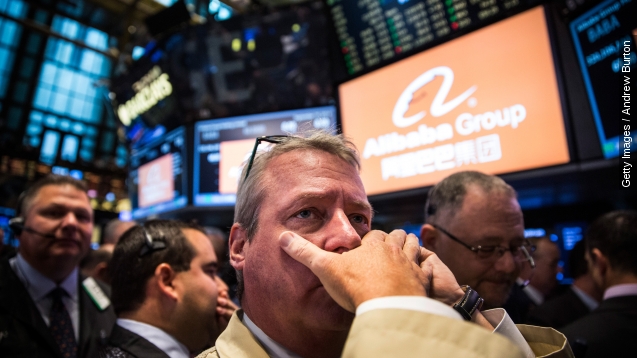 Kering SA, the group that owns European brands such as Gucci and Puma, filed a lawsuit Friday against the Chinese e-commerce giant.

Kering accuses Alibaba of floundering on promises to clean up the company's counterfeit problem, which allegedly allows customers to use Alibaba's search engine to find faux Gucci bags for about $5, among other items.

Kering filed an almost identical suit last July but withdrew the complaint after what Kering described as "meaningful dialogue" with Alibaba. The understanding was that Alibaba would weed out the "army of counterfeiters" that Kering alleged in the first suit.

Friday's news signals that Alibaba has failed to stamp out counterfeit goods, and it's also another knock on the company's public image. Although the company opened in American markets with a record $25 billion IPO last September, Alibaba has seen a series of slides since then.

This is due, in part, to the company's inflated value last fall, which has steadily come back down to Earth since then. But Alibaba has also fought allegations of more counterfeiting, bribery and fraud, especially on its selling platform, taobao.com.

Particularly harsh public sparring with a Chinese regulator caused some bad press for Alibaba in February. In the process, the company shed $30 billion in value.

An Alibaba spokesperson said that the new allegations have "no basis." (Video via The Wall Street Journal)