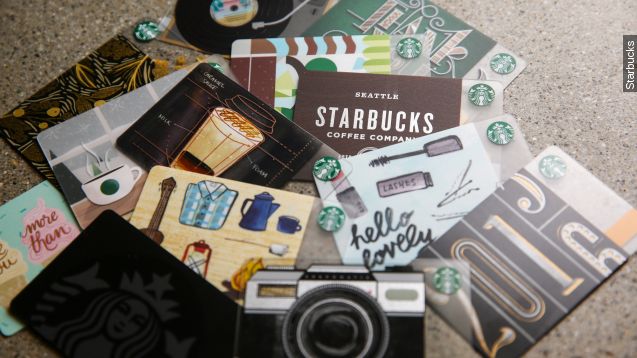 Starbucks says it's going to sell more gift cards this year than it ever has, which is impressive because last year, one in seven American adults received a Starbucks gift card.

Starbucks is even selling crystal-studded, limited-edition $50 gift cards for $200 bucks — yes, you heard that right.

But this Starbucks madness could be a byproduct of an even bigger trend.

According to the National Retail Federation, gift cards have been the most requested gift in the U.S. for nine years straight.

Those who plan to buy gift cards will spend an average of $153 on them this holiday season, and total holiday gift-card spending is expected to top $25.9 billion.

Either way, this is great news for Starbucks, which has been trying to get more customers to use Starbucks cards instead of cash. According to the coffee giant, more than one-third of all transactions in the U.S. and Canada are paid for with a Starbucks card.