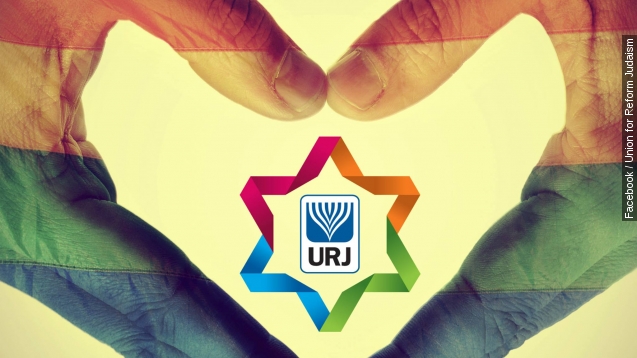 "We require that individuals be treated equally under the law by the gender by which they identify," Susan Friedberg Kalson said. (Video via Union for Reform Judaism)

The Union for Reform Judaism unanimously passed a resolution Thursday calling for all congregations to welcome transgender people into the faith.

Reform Judaism is the largest Jewish movement in the country. And now it's also the largest religious movement to pass a resolution like this.

The resolution is pretty detailed. It calls for synagogues and camps to make gender-neutral bathrooms available, for religious leaders to be trained on gender issues and for gender-neutral language to be used at all institutions.

This announcement isn't binding, but it's a big step forward for acceptance of transgender identity, which is becoming an increasingly prominent issue nationwide.

This vote comes on the heels of a major blow for the LGBT community in Houston. Voters there rejected an ordinance called the Houston Equal Rights Ordinance, or HERO, which would've ended discrimination for gay and transgender people in the city. (Video via KHOU)

Opponents of the bill capitalized on the fear of the unknown and dangers they say are associated with transgender people. (Video via Campaign for Houston)

But the Reform Movement has been working to erase those fears for more than a decade. Back in 2006, the first out transgender rabbi was ordained. The chairman of the Union for Reform Judaism's board said today's vote is just another step in the right direction.

"Folks, I think the reaction in this room shows this is what our movement is all about. It makes me very proud," Stephen Sacks said.