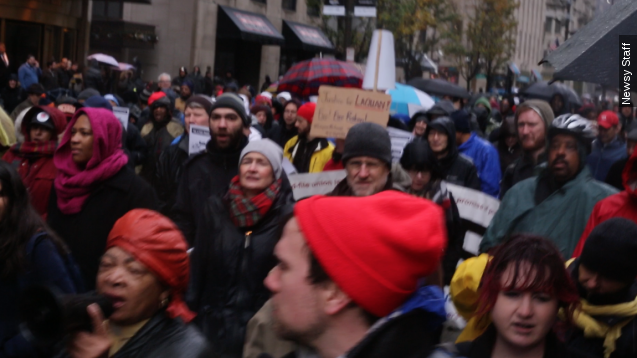 “We will not stop until the powers that be are held accountable for their faults," protester Marseil Jackson said.

“We think that 400 days to get a decision to actually get justice is too long. We know that justice delayed is justice denied," protester Byron Sigcho said.

“These cases, unlike most cases, require a meticulous examination that could seem to the passive observer to be taking too long," Alvarez said.

“The city, from what we can tell, covered up basically a murder ... You’re talking about a lot of people that basically tried to keep a lid on something for 13, 14 months," protester Dion McGill said.

Some blame a corrupt system.

“The city has a history of corruption, and the situation right now is, like I said, a boiling point, you know?” protester Javier Ruiz said.

"There’s so much corruption in the system. And there’s so little being done. I have my concerns, not only for myself but for the people I love who are in the city," protester Erwin Ford said.