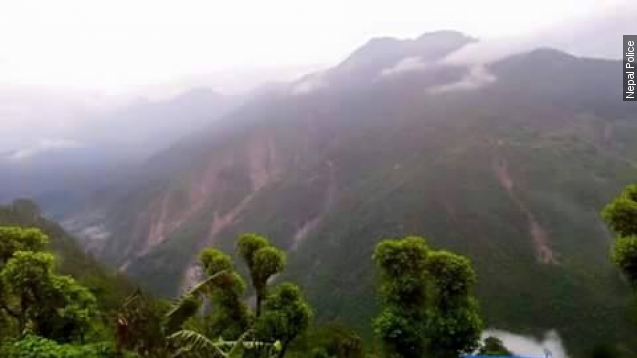 At least 40 are feared dead after a landslide hit six villages in Nepal Wednesday night.

Nepalese police posted pictures and information to their Facebook page, but due to the remoteness of the six villages affected by the slide, details are scarce.

The landslide occurred in the mountainous and remote Taplejung district where officials believe recent heavy rainfall is to blame.

Much of Nepal is dealing with monsoon season, which generally starts in mid-June. (Video via YouTube / Wandering Eric)

The season brings heavy, continuous rainfall and can be the most dangerous time for landslides. (Video via Raj TV)

The country's been especially hit hard with natural disasters this year. In late April, a 7.8 magnitude earthquake hit the country, killing at least 8,500 people, injuring more than 17,000 and destroying numerous buildings, including homes and temples. (Video via India TV)

Local authorities say since Wednesday's landslide hit at night, many people were sleeping and may not have had a chance to react. Police say they are on the ground assisting those affected.